Niara: ROTK Devlog | How to choose the right game engine?

When you are trying to make a video game then you must almost always go with a game engine. Sure there are graphic libraries for most of the popular programming languages in the world but making a game which will sell well in today's day and age using just a graphics library is nearly impossible. Python has pygame library, C has SDL but making a game using just these libraries is a nightmare. We must always go for an engine. Game engines make our lives easier and we are able to build the games faster. 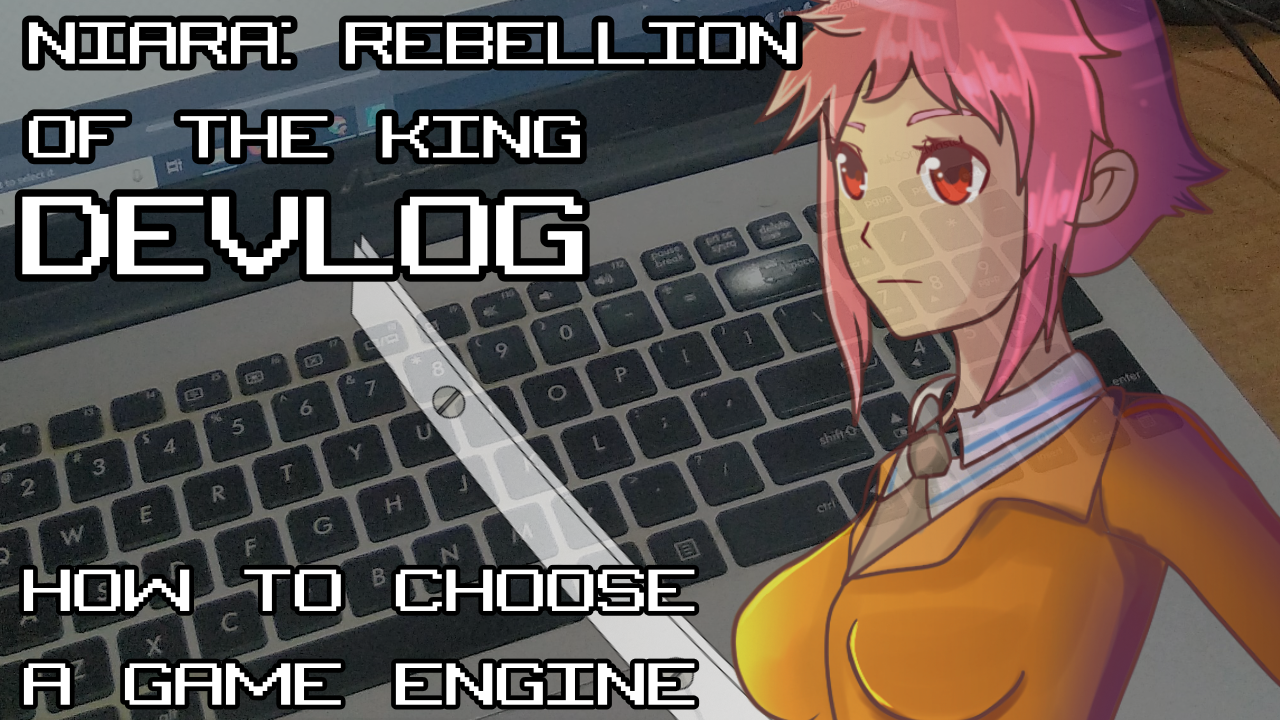 Now, before you choose a game engine for your game you have to decide what type of game you want to make. This we have discussed in our previous article which you can read here: Niara: ROTK Devlog | What type of video game should you make?

We decided to make a visual novel role playing game in Renpy. And we decided to go with 2D graphics. This was because we are a very small indie game studio. If you are also a small indie game studio or you are just starting out then you should also go for 2D graphics. 2D graphic assets are easier and cheaper to develop and in some cases they give a nice feel to the game, especially if the art is anime based.

The art in our game is also anime based and therefore it would have been extremely unwise to go for 3D art. But, if you have got the budget and the resources and you think that you can pull off 3D art then go for it! 3D is indeed the future as we move closer and closer to full immersion VR (virtual reality).

So, why did we choose the Renpy engine apart from the fact that we wanted to make a visual novel RPG? The first reason was that it was free. This is very important. If you are an indie studio then most probably you have a very small budget. You need to maximize your spending in art and music and not in the engine. I am telling this by experience and it may sound absurd but programming takes the least priority in game development. Art takes the highest priority.

It is all thanks to Pytom that we were able to make this game. Pytom developed Renpy and so many visual novels all around the world wouldn't exist without him. We thank him wholeheartedly. Visit Pytom's twitter here: https://twitter.com/renpytom

Another reason why we chose Renpy was that it was highly flexible and supported heavy customization. Renpy is written in Python and you can use Python code in the game and modify the game in any way you like. This ability of Renpy enabled us to develop the RPG part of our visual novel. Our game is heavily dependent on pure Python commands which we have written within Renpy statements.

The third reason we chose Renpy was that it could publish games to multiple platforms. These platforms being Windows, Mac, Linux, Android and iOS. Pytom is working on the web platform as well at the time of writing this article. This aspect of an engine is very very important especially if you are an indie studio. The game engine you choose must be able to export the game to multiple platforms without you having to make any heavy adjustments in the code. Of course you will have to make some adjustments in order to make the game look good and work good when exporting to different platforms but at least you will not have to port the entire game all over again. This is a huge advantage when you have a shoestring budget. Always look for this facility in the engine which you are choosing. Nowadays, most of the game engines are able to export the games to multiple platforms. This is all thanks to HTML5  and Javascript though.

So, these are three very important points which we considered while choosing the engine for our game. When you are choosing an engine for your own game then you must also look if your engine will provide the features mentioned above or not. Thank you for reading. I hope this article will help you in some way.

Get Niara: Rebellion Of the King Visual Novel RPG